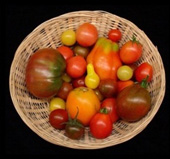 Many words in English are used interchangeably, and much of the time deciding what terms to use comes down to personal preference. Should people use “lawyer” or “attorney?” What about “custodian” or “janitor?” While there are some minor differences, for the most part it doesn’t matter which word is used. This is not the case for “taste” and “flavor.”

Taste happens in the mouth, mostly on the tongue but also other areas with taste buds, such as the soft palate. When substances touch the tongue, information is passed from the taste buds to the brain, giving the sensation of taste. Although taste is a major component of flavor, there is at least one more variable in the equation: aroma.

Aroma describes how something smells, and when talking about food is probably a better word to use than “odor,” though it means the same thing. The aroma of food and drink plays a huge role, with some research claiming it accounts for up to 80 percent of how we perceive flavor, compared to 20 percent for taste – file that away for the next time someone says “there’s no accounting for taste.”

The sense of smell comes from small particles, known as “odorants,” entering the nose and binding to smell receptors that send a signal to the brain. This can happen when odorants enter the nostrils when you sniff something, or in the case of flavor, when odorants travel from the mouth into the nose through the nasopharynx, a kind of “back door” to the nose. This process is known as “retronasal olfaction,” and if you’ve ever seen someone shoot milk out of their nose when they laugh then you’ve seen a pretty good demonstration of the connection between the mouth and the nose.

Many chemosensory scientists believe taste and aroma are the only contributors to flavor, though some think temperature and mouth-feel play a role. Mouth-feel describes the texture of foods, and while it may or may not have an impact on flavor, it certainly plays a role in many common food aversions: a lot of children dislike okra for its slimy mouth-feel or mushrooms for their unique texture. Mouth-feel is one of the reasons why soda is not very appealing without the bubbles. The temperature of food and drink can impact enjoyment as well – hot coffee and iced coffee have their fans, but room temperature coffee gets no love.

Whether or not you include temperature and mouth-feel, flavor is a sensation that adds up to more than the sum of its parts. It is a complex synthesis that and can be tweaked and experimented with limitlessly. One thing is certain, though: it is not the same thing as taste. 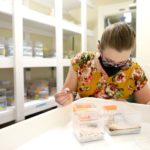 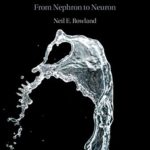 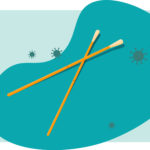 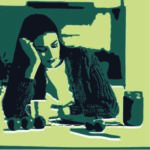 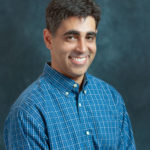